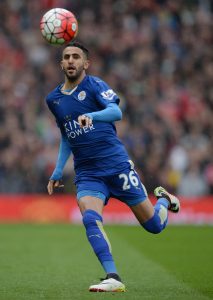 “Leicester City Football Club is delighted to announce that Riyad Mahrez has signed a new contract, committing his future to the Foxes until June, 2020,” said a statement issued by the Midlands club on Wednesday.

The 25-year-old Algeria winger was a key figure in Leicester’s shock run to the 2015/16 title, which saw the Foxes defy odds of 5,000/1, scoring 17 goals and being responsible for a further 11 assists.

DOES AMOTEKUN NOW HAVE AN APP?

Citizen Confidential is a media publication in Nigeria with the mandate of ensuring and safeguarding citizens freedom to speak.
Contact us: info@citizenconfidential.com

What Is The Duty Of LASTMA?